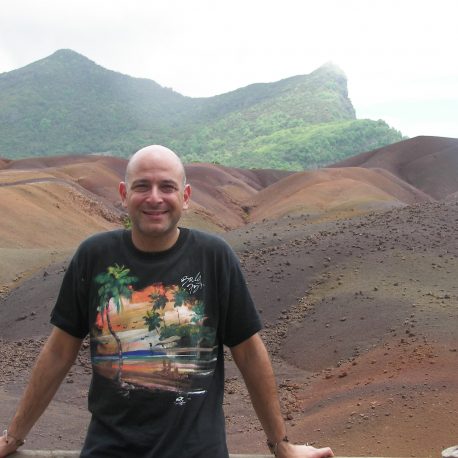 Harry Mitsidis was born in London in 1972 and grew up in Athens, Greece. Despite entering law school, he opted to study sociology and he holds 3 masters degrees in various fields, including an an M.Sc. from the University of Oxford and an MBA from Rotterdam School of Management in the Netherlands. Harry has worked for a number of years as lecturer in quality management and leadership in Switzerland, Greece, Oman and Finland. However, his passion for travel increasingly took over his life and he visited every world country by the age of 36 in 2008, making him one of the youngest people to do so. He subsequently founded the popular travel site for advanced travellers TBT, now known as NomadMania (www.nomadmania.com), which he manages on a daily basis, while also organising expeditions to difficult destinations. Harry speaks English, Greek, Spanish and Serbian fluently, while he can communicate in another 7 languages to a fair level. He has been part of the book ‘Chasing 193’ while he regularly gives lectures on travel and leadership to international audiences. He is married and currently lives in the UK, where he spends less than 100 days a year, aiming to visit every UN country a second time before he is 50.