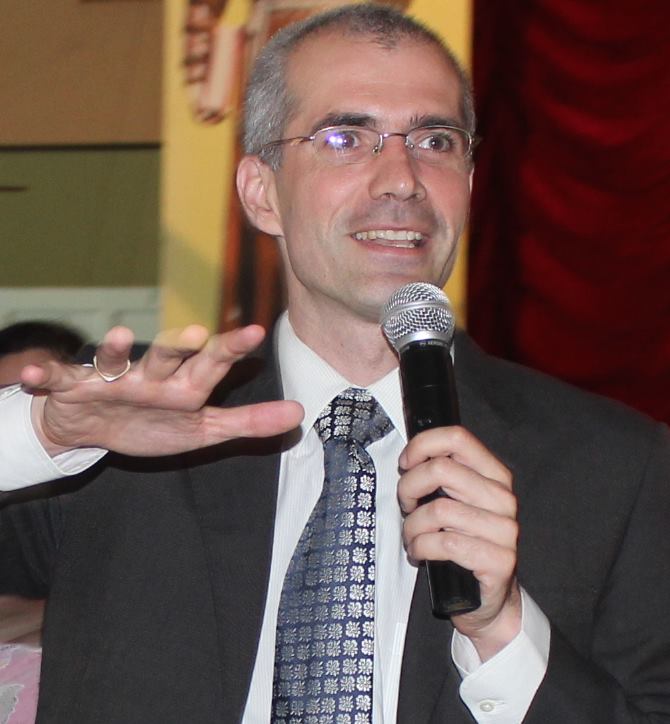 Zoltan Hosszu is one of those rare people who has extensive leadership experiences in non-profit, corporate, religious and governmental institutions. He is a consultant, a trainer and a speaker who has traveled to more than 15 countries, giving more than 500 speeches and conducting 150+ workshops. With his extensive knowledge and experience in strategy development and systems-thinking has helped thousands of leaders in developing their skills and qualities to be successful in business and in developing communities based on his unique “Common Shared Values” approach. He also coached representatives of organizations in communication and media appearance.

For 3 years he was the member of the Executive Council of GEN-Europe (Global Eco Village Network, Europe), he was the deputy mayor of a settlement in Hungary, the chairman of the Eco Valley Foundation, member of the Board of Directors of Krishna Valley (the largest Sustainable Eco Village in Middle and Eastern Europe), the Executive Board Member of the Global Village Initiative Committee. He has served as the managing director of the Venu Ltd. for 8 years. After being the Deputy Mayor for 4 years at the local government, at the next elections, he decided to stay on the Mayor’s Council but did not accept the Deputy Mayor position for the second term and instead started his own Leadership Consulting & Training firm.

During his leadership, in 2010 the Eco Valley Foundation has received observer organization status to the UNFCCC as the only Hungarian NGO receiving this status. In 2014 he received the ISKCON Excellence Award for his prolific leadership and management activities all around Europe and representing the Society’s interest internationally.

In February 2018, he has been appointed is the GBC Secretary (the highest leadership position in ISKCON) for Hungary, Romania and Turkey. He is the youngest to receive the appointment in the last 40 years.

He is living in Somogyvamos, Hungary with his wife and two daughters. Zoltan has a degree as an Agro Economist and Rural Development Engineer and has professional knowledge in sustainability. He played an active role in the Indian – Hungarian intergovernmental agricultural agreement in 2008.