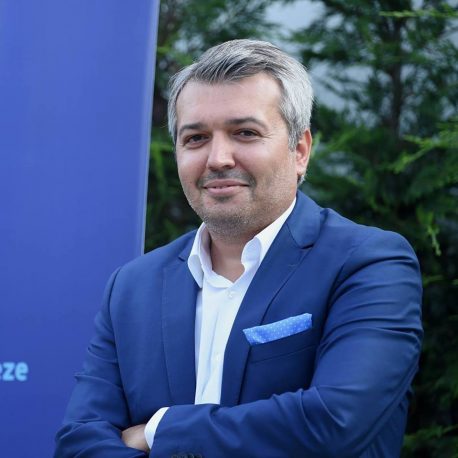 Alejtin Berisha is a serial entrepreneur, educator and an investor and the Founder of Finnish Schools International, an innovative and disruptive K-12 school network and concept and Kosovo Business Angels Network (KOSBAN), the winner of the most promising Business Angel Network in SEE (EBAF 2014). He is the Co-founder and CEO of Universum College, Kosovo’s most entrepreneurial and innovative College and iziSurvey, an offline and online surveying platform. He teaches entrepreneurship, creativity and innovation in several universities, is an affiliate faculty for MOC Program at Harvard Business School and the former National Team Leader for Global Entrepreneurship Monitor (GEM); He is an innovator in higher education, was featured in the cover page of CIO Magazine (Albanian), and is the producer of ‘The Young Manager’ and “Startups Battle” TV Shows aired primetime at National TV. He is the Founding Curator of Prishtina Hub at World Economic Forum’s Global Shapers Community, a fellow at New York University and a former Executive Board Member at EAIR – the European Higher Education Society. Alejtin has studied at Universities of Bath and Sussex (UK) and South East European University in Macedonia.