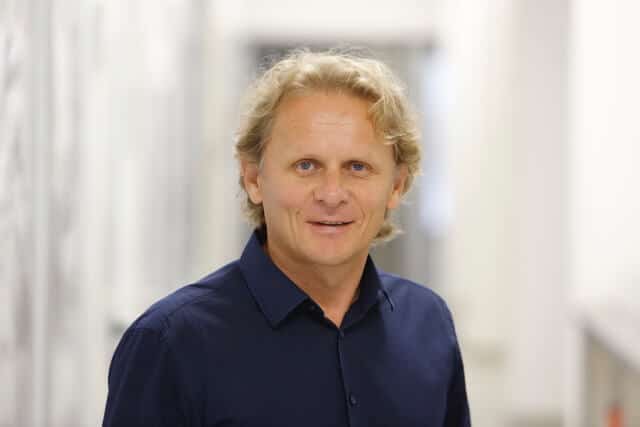 Professor Ivan Dikic is one of the leading scientists, a medical doctor and public promotor of science and education. He is director of the Institute of Biochemistry II (IBC2, https://www.biochem2.com), co-founder of the Frankfurt Cancer Institute (FCI, https://fci.health/en/) at Goethe University Frankfurt and founder and CEO of Vivlion GmbH i. Gr., a newly established biotech company focusing on the rapid generation of tools for CRISPR/Cas9 gene editing. He is also a Senior Scholar at Genentech Inc. in San Francisco (USA) since 2016 and a fellow of Max Planck Society (Germany) since 2018.

In each of these institutions, he maintains active research laboratories that enable multidisciplinary teams of scientists to use state-of-the-art technologies in chemistry, biology, informatics, structural biology and medicine. His scientific passion is a molecular understanding of life and discovering alterations that lead to the development of human diseases such as cancer and infection.

Ivan Dikic is committed to the education of the next generations of scientists globally with particular emphasis on his homeland Croatia, where he invests significant time and resources for research and education of young scientists. His efforts to promote scientific values and educate the public in Croatia were recognized by one of the highest civilian honors, The Order of Duke Branimir, bestowed by the President of Croatia.

He is the recipient of many international prizes among which are awards for outstanding achievements in Cancer Research by AACR and EACR Cancer Societies and the Gottfried Wilhelm Leibniz Prize – the most renowned scientific award in Germany. He is a member of the German National Academy of Sciences Leopoldina and the European Academy.