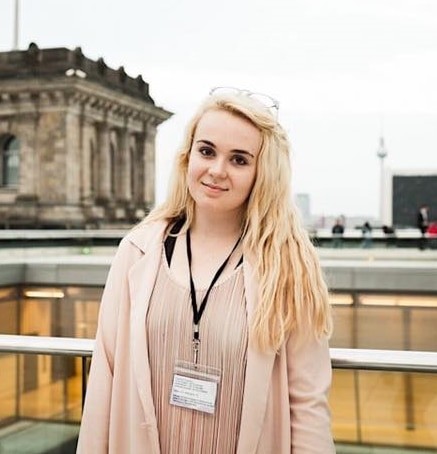 Kaja is currently pursuing her Master’s degree in Software Engineering at the University of Zagreb. She is a member of the US Department of State alumni community (BFTF 2014) and an alumna of Young Leaders for Tomorrow’s Europe 2015, Open Data Youth Academy 2016, Global-In Fellowship 2016, UN Academy 2018, Academy for Political Development 2018 and Balkan Youth Forum 2018. She is a member of the Youth Council of the President of the Republic of Croatia, Youth Council of the City of Varaždin, Croatian United Nations Association, and Sustainable Development Forum Green Window. In 2017, she has received a „Future Leader“ award by Croatian Women’s Network and in 2018 she has received a „30 Under 30“ award at VIDI Awards. She has also been a national finalist in the category „Female Role Model of The Year“ at Central European Startup Awards 2018. She has worked on over 40 different international projects, mostly related to helping youth become more proactive in their communities. Currently, she is planning several international projects for 2019 and is working as a project manager at Duart European Actors Platform. Additionally, she is managing her own anti-corruption project Integritas and a renewable-energy startup Tinja. In October 2018, she has been appointed the role of a Young European Ambassador, getting the opportunity to promote European values along the Eastern Partnership countries and internationally. Her goal is to encourage young people to become more active and become aware of all the opportunities they have on a global level.