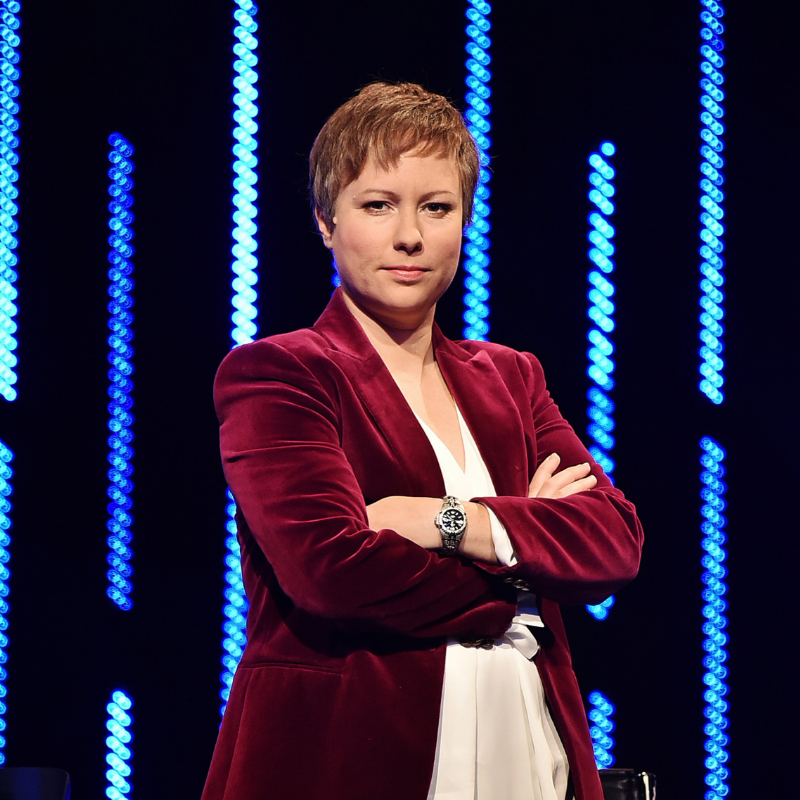 Morana Zibar was born in 1977 in Zagreb, where she went to school. In 2002 she graduated from the Faculty of Humanities and Social Sciences at the University of Zagreb with a BA degree in Croatian and English Language and Literature. She also holds an MA degree in Comparative Literature from the same Faculty. Her first full-time job was Junior Assistant at Zagreb Tourist Board, from 2002 to 2007. Since then she has been working as freelance translator, proof-reader, subtitler and content writer. As a devout foodie, wine and craft beer connoisseur, she wrote her own blog for a while and then co-founded Taste of Croatia web portal. Occasionally she takes part in organizing or moderating various food and drinks related events, workshops, or tours. Having publicly proven her enthusiasm for trivia as a pub quiz regular and a contestant in almost all TV quiz shows aired in Croatia, in 2013 she was hired as one of the chasers in the on-going HRT’s (Croatian Television) version of The Chase. She is very happy when she succeeds in turning her passions – quizzes, gastronomy, travelling – into work projects. You might bump into her both offline, at concerts or festivals, and online, as she really likes socializing on various platforms. A mother of one 10-year-old daughter.