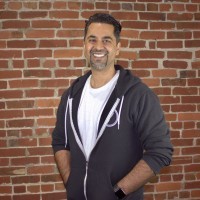 Ray Walia is a serial entrepreneur with over 20 years of experience in both the entertainment and technology sectors. Ray founded Launch Ventures which owns and operates a network of private incubators, innovation labs, and investment funds. The most prominent incubator is Launch Academy, Western Canada’s leading entrepreneurship facility, which has incubated more than 6000 entrepreneurs of which 300 have grown their startups to Seed and Series A stage and raised over $1 Billion in funding. Launch Academy is a designated provider for the Canadian Startup Visa Program. Ray has invested in over 30+ startups either personally or through his funds and was named Entrepreneur Mentor of the Year for 2014 and 2015, BIV Top Forty Under 40, G20 Young Entrepreneur, and BC Tech Person of The Year Finalist 2018.